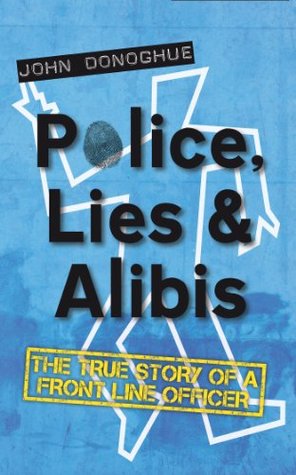 Discover what REALLY happens in the police.
Is the discovery of a headless corpse the work of a serial killer?
When do police & paramedics fall out?
Who killed Yoda?
What is a Death Fart?
Why do some criminals think they are ‘worth it’?
Who invented the Crying Machine?
How do you beat the burglar?
Why do the police have to pay particular attention to boobs?

Come on patrol with PC Donoghue and get the answers to all these questions and more.

Police, Lies & Alibis is the fascinating and hilarious account of a year in the life of a front line police response officer, and the only humorous police book written by a serving officer who is not hiding his identity. It is the follow-up book to Police, Crime & 999, a book which still remains hugely popular today, with over 250 5-star Amazon reviews, and which garnered positive feedback from a number of national publications:

‘Everything is included in this warts-and-all account. Very funny’
The Sun
‘A treasure trove of a book – a wonderfully informative and addictive read, full of belly laughs’
The Non-Fiction Book Club

I read the first book in this series of memoirs last month and reviewed it for the Whispering Stories website, I gave it 5 stars and couldn’t wait to read the next!

This book wasn’t quite as humourous as the first, which came as a little bit of a surprise to me but it was still a welcome surprise. The stories and anecdotes in the first book were clearly collected by the author for their comedy value but it’s a pretty obvious truth that police work isn’t all fun and games, this book is a collection of some of the more serious aspects of the job.

Don’t be discouraged though if you’re a fan of the funny – this book is still packed with some truly awful (in a good way) dad jokes and includes an incident involving the brutal assault of giant Yoda and Darth Maul garden ornaments.

‘It seems it isn’t just English teachers who are upset about the improper use of the colon.’ – Police, Lies and Alibis

What it does highlight though is the reality of what a ‘customer complaint’ against an officer can do to their career, and let’s face it – most people aren’t too happy about being arrested, especially if they’re guilty. This is the kind of thing that more decent people should know about, to appreciate the shit that the poor fuzz deal with on a daily basis and how one scumbag calling foul can end an officer’s career.

Donoghue’s writing style has developed nicely since his debut novel and has thrown in some more serious content about what being a police officer is like in a quiet area, his tone is very easy going and feels like you’re listening in on a chat between friends. His caricatures of his colleagues (either that or he works with sitcom characters, either or) are hilarious though I can’t imagine they’re completely flattered by his representation of them!

I’d recommend this book for people who want to get a glimpse of what policing is like in the UK, though I would point out the following things:

‘I once had a cup of decaf by mistake, and felt like I was drinking a cup of lies’ – Police, Lies and Albis (We’ve all been there, my friend.)