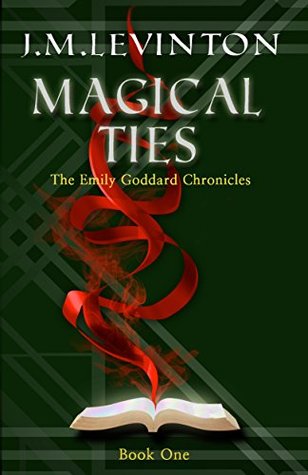 Experimenting with a demon-summoning spell was a way for 25-year-old Emily to forget that her boyfriend dumped her. To her shock, it worked.

Now, with a demon on her hands, Emily and her sister, Christa, fall under the scrutiny of Thomas Ramikin, the head of the magical community’s police.

Like it or not, Emily is forced to see a world where demons, angels, vampires, and a host of other beings live side-by-side with humans.

Really, who expects that on Long Island?

This book is well and truly in my wheelhouse (a term I’ve only learnt by spending way too much time listening to American podcasts over the past year). Demons, sassy women, sexy men with mysterious powers, violent deaths. Bliss.

Emily is not a happy lady following a breakup so she starts bugging her academic sister, Christa, for something interesting to do. Christa is studying the superstitions and the supernatural for her dissertation so sets Emily up with a demon summoning spell to keep her amused, obviously not expecting it to amount to anything.

OF COURSE IT AMOUNTS TO SOMETHING.

So now they have a shit load of unexpected consequences, including the attention of the magical community’s police force. Ignorance is no excuse for demon raising, so both sisters must pay the price for their complacency.

Tragically, Emily must pay for her role in the debacle by spending a lot of her time with the sexy head of the police. Sure, she does get attacked by some powerful forces every now and again but it’s a small price to pay!

I won’t fib, this book is a wee bit clichéd but damn it, I love this particular cliché. There is a bit of debut novel-ness about it too, which can only mean that the sequel is going to be even better!

I love Emily as a main character, but most of all I love her relationship with her sister. These aren’t weakling damsels in distress even if they do stupid and thoughtless things (who’s perfect?!) – Christa is a bright and tenacious academic, even if those are just the qualities that land her in trouble. Emily doesn’t take any shit but is very practical, she accepts that she isn’t best suited to the magical world so she treads very carefully and does her best to protect herself.

The romance aspect is a little bit complicated, the sexual tension is high but there’s no actual sexy times which would normally have me leaning towards a YA categorisation but this is definitely a book for adults (though I gather that ‘New Adult’ is becoming a genre now, so that would probably be the right grouping for it). I have all my digits crossed that Emily gets her rocks off in the next book!

I finished this book in one sitting and I’m heartbroken that there isn’t a sequel to jump into already, thankfully the author has assured me that she’s working on that particular problem so I can rest easy for now.

If you’re looking for a nice and cosy witchy-murder-mystery, witty banter and interesting characters, I think that this is going to be a good series to keep an eye on.