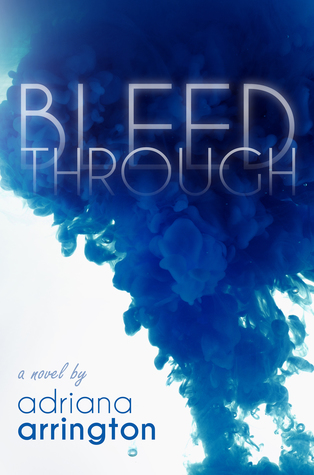 With his schizophrenia under control, life is looking up for twenty-five-year-old Liam Murphy. Independence looms on his horizon, and he’s under the care of a psychologist who understands him. Then he witnesses a murder at the yacht club. He worries it’s a hallucination and sign of regression, but soon becomes convinced that his meds have given him the paranormal ability to see past events and that the murder actually happened.

Attempting to make sense of his new talent, Liam finds an unlikely confidant in Mai Nguyen, a fellow college student and eternal optimist. Though she helps him navigate the unsettling memories threatening to engulf him, the emotional toll of learning terrible secrets he can’t prove pushes Liam to the brink of lucidity.

Desperate to wrest back control of his life, Liam tosses his pills. He spirals into a relapse and captures the killer’s attention as he bumbles through investigating the crime. Hunted by a possibly imaginary murderer, and haunted by self-doubt, Liam must distinguish between hallucinations and reality. If he doesn’t, he risks losing either his hard-won sanity or his life.

I reached the halfway point of this book and almost couldn’t finish it, and not for the reason you’d expect.

This book is excellently written, almost too well. Liam, the main character, suffers from schizophrenia in a way that few literary characters do: realistically.
When on medication, he can mostly differentiate between reality and hallucinations even though he knows that some of the delusions will be with him the rest of his life – like his belief that the neighbour has been replaced by a replicant who is watching his every move.

When medicated, Liam’s situation is more palatable but when he stops taking his medication around halfway through the book… it starts getting hard to read. This is as it should be though, schizophrenia isn’t palatable, it’s hell for sufferers and the people who love them.
As the reader, you have to try to work out for yourself what’s real and what’s a hallucination – Liam is the most unreliable of narrators, which the author masterfully uses in this book.

This is something that’s got under my skin with books before, because it’s something very close to my heart: people not being believed because they suffer from mental illness. Suffering from paranoia and hallucinations doesn’t negate someone’s intelligence or opinions, their completely unique view of the world can sometime hold insights that mentally healthy people don’t have. By the midpoint of this book, I was feeling stomach churningly anxious for the main character and really thought about putting the book down for a little while and trying something else. For me, that demonstrated exactly how well this book was written.

This story will stick with me for a long time, I think – Liam was a lovable character, despite his best efforts. He’s understandably self-centred, having  to spend every ounce of energy analysing his own thoughts to make sure they’re not trying to trick him, but he loves his family and wants them to be happy.
On the path to recovery, now his therapist has found a good combination of medication for him – he starts to want things for himself, such as a friendship with Mai, his open minded fellow student.

All these things at risk when he starts to see things, despite his encouraging progress with his mental health. His battle against his own mind to figure out what’s real and how to keep the people he loves safe from himself and his visions is the true making of this story.

Another interesting element of this book that I felt added an extra something to proceedings is that it’s set on a military base where Liam is now living with his mother, sister and stepfather – Isaac, the stepfather, is a brilliant character for reasons I won’t divulge and works for the military. This isn’t essential to the story but it just adds something to the story beyond Liam’s health.

I don’t think this book is for everyone, it’s heavy as hell and at times, pretty confusing. But if you’re up to the challenge, you won’t regret it. This is the portrayal of a mentally ill character who doesn’t have their struggle belittled by being magically healed by the end of the book, or by finding out that they’re actually a supernatural creature or some other cliché – this is suspenseful, heart wrenching and very respectful.