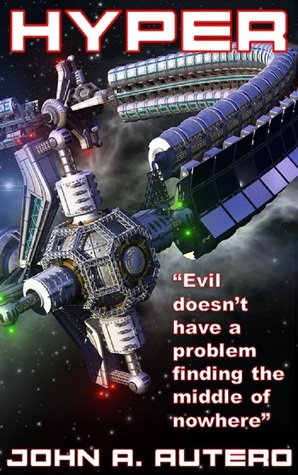 “Evil doesn’t have a problem finding the middle of nowhere.”

People are being savagely murdered on Decontamination Depot 315 and Charlie Kennedy needs to figure out who’s doing it. Is it the most logical choice, the prisoner visiting the depot who happens to be a convicted multi-murderer? Or is it the goody-two-shoes from Kansas who seems to be everybody’s best friend? Or maybe the soldier from the Russian crime syndicate? And don’t forget about the thug from the south side of Chicago. To make matters worse, the culprit has programmed the depot to self-destruct unless Charlie can figure out some way to stop it.

No matter how far mankind travels into deep space, evil will always be at his side ready to twist his moral compass one hundred and eighty degrees.

HYPER is a “who-done-it” that will keep you wondering until the very last page!

This book surprised me at every turn. Even the cover looks like something I wouldn’t normally read but the author approached me directly so I took the time to read over the synopsis and I was ready to give it a go.
I’m so glad that I did because by the end of the first chapter, I was hooked. By the end of the second chapter, it was a different book entirely and I was hooked again.

Autero absolutely nails his characterisation. His chapters alternate between the small cast of characters, I sympathised with each and every one of his characters which is what brought the suspense to a knife’s edge when it came to figuring it out whodunnit.
The author is clearly very experienced when it comes to engineering and machinery, which is what makes the space station element of this so natural. Does the story need to be set in space? No. Does it totally work in outer space? Yes.
His description of the engineering aspects clearly come from a place of expertise – I’ll admit to skimming some of the more descriptive passages, but that’s just because I’m lazy and not particularly mechanically minded. If sci-fi mechanics are your catnip, this is going to do good things for you.
For me, the thing that brought the whole story together was the idea of evil coming from within, that you had to decide who was killing off the other characters based on their moral compass.
It’s amazingly well written, with the clues seamlessly laid out throughout the narrative until they all make sense at the very end without any gaping plot holes. It’s so easy to leave a couple of threads untied at the end of a whodunnit that it’s notable that this one didn’t! 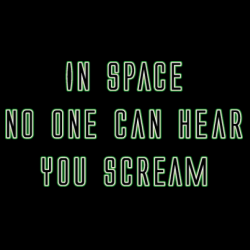 I finished this book in 24 hours and was delighted to discover that the author has a couple of other books that I can dig in to.
Sci-fi, mystery and horror fans- pick up your copy today!

One thought on “Review: Hyper by John A. Autero”