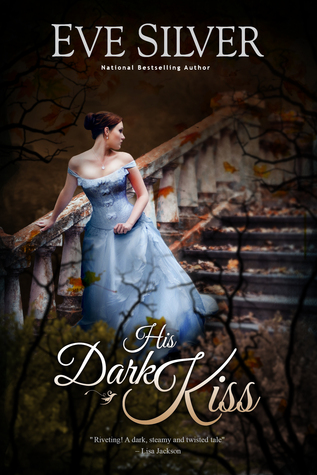 Rumors of madness and murder lurk within the crumbling walls of Manorbrier Castle. But Emma Parrish is not easily put off. She accepts a position no one else dares, as governess to the son of Lord Anthony Craven, the castle’s dark master. Her presence stirs up shadows and threat. She feels unseen eyes watching her. Eerie laughter haunts her. And the seductive pull of Anthony Craven lures her.

The secrets of Anthony Craven’s shadowy past lurk behind the locked doors of the estate’s forbidden Round Tower. Mysterious lights flash there in the night. The servants whisper warnings of death. And Anthony himself warns Emma that there is only danger to be found in his sensual embrace.

EVIL IS ONLY A BREATH AWAY

Powerfully drawn to the dangerously alluring Anthony, Emma finds herself unable to deny her deepest yearnings. But even as she succumbs to the master of Manorbrier, she is touched by the whisper of evil that rises from the secrets of his past.

This book is a nice blend of gothic mystery with a medical twist and old school romance. I adored the references to some big names in medical history (that I can’t mention without giving the game away) but I can say that I had seen what was coming in that regard without spoiling the finale.

Emma, the main character, is a young woman with very few prospects and absolutely no impulse control. As soon as she arrives at Manorbrier and sets eyes on the lord of the estate, she has her eyes and heart set on what’s in his breeches.

Completely disregarding her station in life, she snoops around the manor like she has every authority and makes herself very much at home – this bit was a bit of a surprise to me because the joy of regency style romance is the formality and admission of feelings, this story is more of a ‘love at first sight’ deal with some mystery and danger thrown in. I haven’t made my mind up yet on whether or not I like the main characters jumping straight into the romance part before they’ve even finished introductions: it does save a lot of time and speeds up the journey to sexy times, but sometimes the delayed gratification is what makes a story. Hmmmm…. I’ll just have to ponder and read some more!

As ever, Silver could write the ingredients on the back of a cereal box and still make it compelling and entertaining so I easily finished this book in one sitting and am already looking for more!