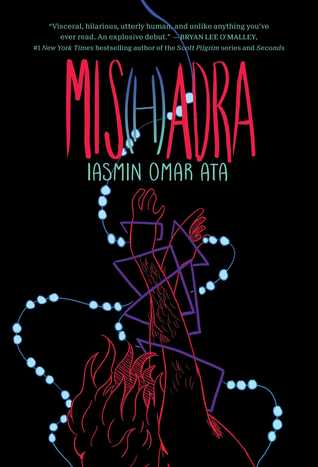 An Arab-American college student struggles to live with epilepsy in this starkly colored and deeply-cutting graphic novel.

Isaac wants nothing more than to be a functional college student—but managing his epilepsy is an exhausting battle to survive. He attempts to maintain a balancing act between his seizure triggers and his day-to-day schedule, but he finds that nothing—not even his medication—seems to work. The doctors won’t listen, the schoolwork keeps piling up, his family is in denial about his condition, and his social life falls apart as he feels more and more isolated by his illness. Even with an unexpected new friend by his side, so much is up against him that Isaac is starting to think his epilepsy might be unbeatable.

Based on the author’s own experiences as an epileptic, Mis(h)adra is a boldly visual depiction of the daily struggles of living with a misunderstood condition in today’s hectic and uninformed world.

This is a beautiful illustration of a condition as difficult to comprehend as epilepsy – the illustrator is able to show how epileptic aura (the horrible promise of seizures to come) follow Isaac around just waiting for the opportunity to strike.

This isn’t a dramatic story, it’s reads more like a memoir that shows a young man coming to terms with his diagnosis. It’s purpose is to give you, the reader, an insight into the life of someone suffering from epilepsy – from seizure triggers to the weight of carrying the risk of seizure around with you every day. The ending of this novel isn’t particularly satisfying, but if there’s anything to be learnt from this novel – it’s to make the small wins count.

I would recommend this graphic novel to absolutely anyone – the message will benefit everyone and the artwork is simply wonderful. 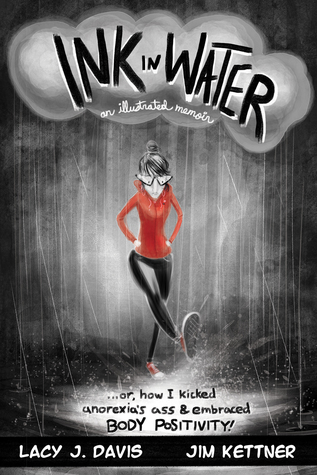 At once punk rock and poignant, Ink in Water is the visceral and groundbreaking graphic memoir of a young woman’s devastating struggle with negative body image and eating disorders, and how she rose above her own destructive behaviors and feelings of inadequacy to live a life of strength and empowerment.

As a young artist living in Portland, Lacy Davis’ eating disorder began with the germ of an idea: a seed of a thought that told her she just wasn’t good enough. And like ink in water, that idea spread until it reached every corner of her being. This is the true story of Lacy’s journey into the self-destructive world of multiple eating disorders. It starts with a young and positive Lacy, trying to grapple with our culture’s body-image obsession and stay true to her riot grrrl roots. And while she initially succeeds in overcoming a nagging rumination about her body, a break up with a recovering addict starts her on a collision course with anorexia, health food obsession, and compulsive exercise addiction. At the request of her last real friend, she starts going to a twelve-step Overeaters Anonymous course, only to find that it conflicts with her punk feminist ideology.

Blending bold humor, a healthy dose of self-deprecation, vulnerability, literary storytelling, and dynamic and provocative artwork by illustrator Jim Kettner, Ink in Water is an unflinching, brutally honest look into the author’s mind: how she learned to take control of her damaging thoughts, redirect her perfectionism from self-destructive behaviors into writing and art, and how she committed herself to a life of health, strength, and nourishment.

This was a far more uplifting graphic novel – it went to far darker places but the ending was very satisfying. Knowing that it’s the memoir of someone with an eating disorder, there are warm fuzzies to be had knowing that they got their health back on track.

The illustrations are amazing and compelling, they’re very dark to fit in with the story.  They really help you to see and understand Lacy as a human being, she’s a well rounded and likable character and seeing her brutal honesty about her anorexia and her relationship with food is really moving.

She shows how it crept up on her and how it took outside help and support to realise she had a problem, it takes out some of the mystery and stigma from a particularly dangerous mental illness and may even hold up a mirror to some readers when they most need it. This is such a human story that it’s impossible not to be affected by it.

How she manages to make something so emotional so funny, I don’t know – it was really enjoyable to read as well as sharing an important message. I will definitely be getting a print copy of this book to keep forever.