Fiona Corrigan sometimes has difficulty discerning between the reality of stage and real life, especially when it comes to the attentions of her handsome co-star, the dark, brooding, Patrick Berenger.

Before they can depart for Edinburgh for their next performance, Patrick and Fiona’s acting troupe are mysteriously summoned to a remote village in Scotland, in the dead of winter. Once there, although stranded by a massive storm, Fiona is happy that she will finally have the time alone with Patrick that she needs to seduce him.

Unfortunately, Fiona couldn’t have anticipated Sean’s appearance, (Patrick’s equally handsome, drunken cad of an older brother) or his devastating effect on both her and Patrick.

**This book was kindly gifted to me by the author in exchange for an honest review and honestly, this book had me at ‘drunken cad’.**

After reading the opening scene of the book, I knew I was on to a winner – I was instantly hooked and still managed to finish this book this week despite the release of Fallout 4 (there hasn’t been a whole lot of sleep going on in this house this week). I’m not going to go into a great amount of detail about the plot of this book because I really think you, yes you, should read it and I won’t give the game away!

The writing style was perfect, I did wonder before I started if it might be a little bit over the top with words like ‘caddish’ and just win my affection based on camp value alone but nope, it ticked all my literary boxes and I couldn’t get enough of it. The fact that the saga started in Wales only added to the big word-gasm I was already having for this book.

The 1920’s theme along with the murder mystery had a nice and classic Agatha Christie-ish vibe to it, right down to the character’s use of language straddling the line between modern and Victorian. You got the sense that the characters were real people rather than falling into the trap of becoming charicatures of the 1920s stereotype (even flappers had days off).

It wrapped itself up neatly at the end as all good whodunnits should and I was delighted that there weren’t huge hints dropped along the line to help you guess the culprit, so it was nice and unexpected though I did decide somewhere around the middle that it was the minister who was murdering people and was slightly disappointed to find out that he really was just a minister with theatrical aspirations.

Being a romance novel as well, there was a fair amount of shenanigans going on. More than a fair amount, some might say…. the one thought that did idly occur to me while I was reading this was: how many unwanted pregnancies are there going to be by the end of this book?! Did the pill even exist in 1920? (Google tells me it did not. Fiona Corrigan, you wanton hussy!)

I would recommend this for anyone who enjoys a classic gothic ghost story, especially with a touch of romance. Hang on until the winter though, there’s a lot of snow in this book it goes best with some cosy socks and a mug of hot tea. 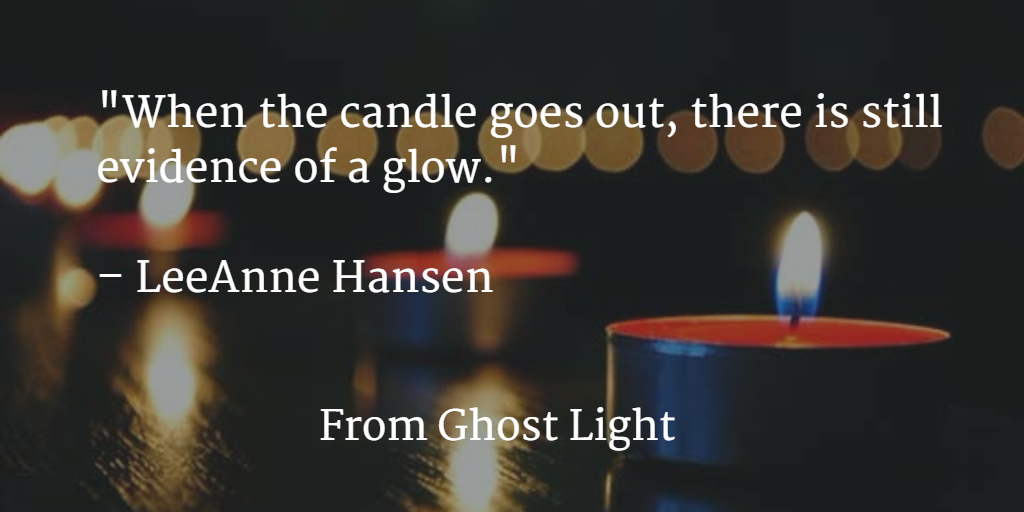 One thought on “Review: Ghost Light by LeeAnne Hansen”