October 31, 2016October 29, 2016
Welcome to my interview with Casey Bartsch, author of Strawberries which I recently read and loved!
His answers are brutally honest and I can’t thank him enough for humouring me when I randomly messaged him and asked if he’d mind terribly if I poked around in his head.  It’s Halloween, so where better to be than inside the head of a man who brought a serial killer to life?! 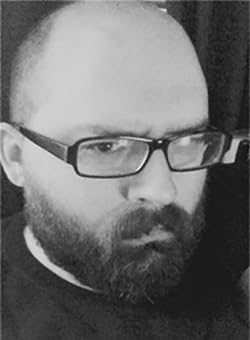 Casey Bartsch lives in a tiny Texas town called Belton. He has yet to meet any of his neighbors, or travel farther than the grocery store. He doesn’t eat healthy foods, and is therefore a bit rotund. His girlfriend loves him anyway, and that works out well.

Casey often struggles to find the time to write. That is a lie. The time is plentiful. He just has a hard time choosing to write when other, less mentally taxing activities are available. He feels a great deal of regret each time he makes this wrong choice.

Casey spends an obscene amount of time trying to figure out why people do what they do, why he does what he does, and how long it might take before the world implodes in on itself and leaves him stranded on a small rock floating through the emptiness of space. 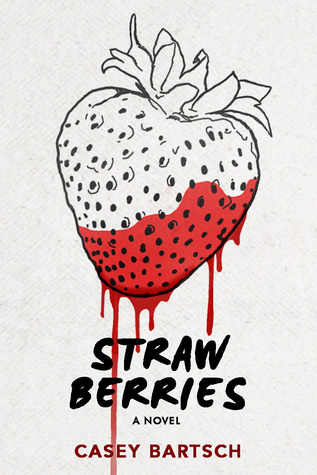 1)   Tell me a little about your journey from writing this book to having it published, did you suffer any setbacks in getting this out to readers?

Ok. The big question.
I wrote about two thirds of 5 different novels, but ended up hating them all. I would come to different forks in the road, story wise, and would choose the safer route because I thought people wouldn’t want to read the stranger ideas. Doing this enough in a novel just made me loathe everything about it.
Then, very literally, my computer caught fire. Flames rose from the chassis, and the cd backups I had of the writing were actually sitting on top. They melted together, and the hard drive was fried. So, in a few moments, everything I had written for a decade or so was gone.
I basically quit writing. It was depressing, but then it was also freeing. They weren’t hovering over me; taunting me. It took a while before I wanted to write again, but one night I had a nightmare that would later turn into the prologue of Strawberries.
I was working jobs that made me miserable, and having a hard time writing at all. I had gotten married, but things took a turn for the worse, and she left me. I fell into a deep depression and attempted suicide. In the process of taking the bottle of my anxiety medicine, I decided that instead of dying, maybe I should just drastically change my life. I stopped taking the pills, and vowed that if I didn’t die from what I had taken, I would make a change. I could always kill myself later right?
I know that sounds way too nonchalant for suicide, but that’s how it is when I look back on it. I was in a horrible state that I can no longer comprehend. Anyway, I did wake up – almost 3 days later. I immediately put my notice in for the government job I had worked for 11 years, took my retirement out early, and started writing.
A few months later the first version of Strawberries was completed. Though, it wasn’t until nearly two years later that I had settled on the final draft.

2)   Strawberries is a very creepy and interesting character, where did the idea for his character come from and how did he evolve over time?

I mentioned before that he stemmed from a nightmare. The scariest one that I have ever had. I immediately woke up and wrote it out in an incredibly rough form. Later, when I decided to write a novel again, I used it as my starting point. The lines that Strawberries says in that prologue are still the exact ones from my dream. That’s why they are rather surreal.
From there I just tried to describe the darkest version of myself that I could imagine. Though I could never be a killer, I certainly have this fear of completely disconnecting from reality. Becoming so internal that the simplest of everyday occurrences would become alien to me.

3)   Writing a book from different characters’ perspectives is an art, did you find it difficult to bring it all together?

It can be a juggling act for sure, and it didn’t come together nearly as well in earlier drafts. But, once I solidified the ultimate plot in my mind, it becomes much easier to keep all the characters on target.
It also helps to keep things simple. By which, I mean to not bog down the story in needless detail. There are many beloved writers that I feel describe too much for my liking. So many books give so many details, that I get lost in them. When I envision things, they appear much fuzzier to me.
For instance, when I say that a character is in a motel room, I’m pretty sure that most readers can picture that without a single detail. So, I leave that stuff out and focus in on the tiny details that I think better personify the characters. Also, I don’t feel the need to describe what the characters look like. This is something that I believe readers make up on their own, regardless of how detailed a writer might try to get in describing them.

4)   Are you currently working on anything else? Any hints?

Yes, I am working on a new novel. It will be very different from Strawberries. More of a coming of age story, though with darker themes such as mental illness and suicide.

5)   What is it about the horror genre that appeals to you?

The intensity. I love to be scared. I love the darkness of it all, as emo as that sounds. It’s what I primarily read myself, as well as the majority of films that I watch. Humanity can come through in horror even more so than it can in other genres. It is a shame that more writers don’t take the opportunity in their own horror to let the human nature show itself. It isn’t all about being scared. The extreme nature of an unbelievable; yet horrifying, situation, can bring out everything from fear to love.

6)   Tell me about your favourite book or a book you read recently that made an impression – what quality do you think that all good books share?

This shifts from time to time, but for now, I am going to say Swan Song by Robert McCammon. Primarily because I read it again recently. His work is absolutely divine and encapsulates everything that I said in the previous question.
As far as what all good books have in common – I don’t think I have a good answer for this. Everyone has the things they need in a story. I need to be able to relate; yet not too much. I need dialogue that I can respect. Most of all, I need to feel like the writer cares more about whether I am enjoying the story they wrote, rather than prove to me how well they wrote the story.

7) Bonus question: Is there anything about your work that you wish you’d been asked?

Heh. Tough question. I’ve been asked by some people why I chose to have some chapters written like a script. To answer that – originally, chapter 2 was the first script chapter, and when I first wrote it, I was at work on my lunch break. In order to save time, I simply wrote the dialogue between the two characters and planned to fill in the rest later. Half way through, I realized that going on a first date with someone, and an entire relationship in fact, plays out in much the same way. So, I just stuck with it.