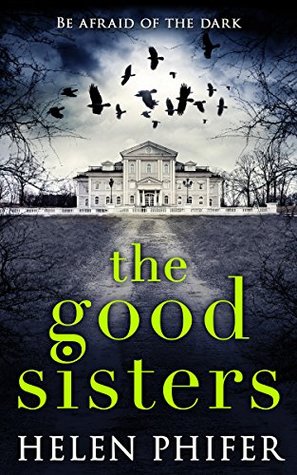 1931, Mother Superior Agnes offers sanctuary to a desperate young woman fleeing for her life. Only to wake in the morning to discover a terrible fate has befallen one of the Sisters – in a room locked from the inside. Agnes can’t help but fear that she has allowed a great evil to enter the convent, but she has no idea how far reaching the consequences of that one fateful night will be…

Over 80 years later, Kate Parker, divorced, alcoholic, and broke, moves into the dilapidated old convent she dreams of turning into a bed and breakfast, whilst changing her life. Although the locals refuse to go near the place at night, Kate is determined to stay while the renovations take place. But when she starts to hear strange noises at night, and the crucifixes she had removed reappear on the walls, Kate starts to suspect she is not entirely alone in her new home.

A chilling and disturbing new novel from the bestselling author of The Ghost House.

You know when you pick up the perfect book to read at the perfect time? I don’t know if it’s because I’m a former convent school girl or not, but this book scared the living crap out of me.

I couldn’t bring myself to put this book down until I’d finished it, but that also meant that I was too creeped out to go to the bathroom while the house is empty – as we all know, houses are only haunted when you’re home alone, desperate to pee and freezing your arse off.

The book is set in the present day, with flashbacks and diary entries spanning the 80 year history of the haunted convent.
Kate has had an awful year, fraught with tragedy and personal disasters – so when she gets the chance to buy the house of her dreams to turn into a B&B and begin her future, she  feels like she has a clean slate.

Of course, things are never that simple. So when things start moving around by themselves and she hears strange noises at night while she’s alone in the house, she starts to think that she’s losing her mind.
That is, until she reads Sister Agnes’ diary that has been left in the house unread for decades – there’s something sinister in the house and it’s ready to cause some carnage.

Kate is a troubled character, which I think is what makes her so perfectly equipped to deal with the horrors going on in her new home. Her entire life has gone to hell in a handbasket in the past year and she’s still standing, her ability to survive trough sheer grit and determination is impressive while still being believable. Who’d be scared of hauntings when you have a bastard of an ex husband denying you custody of your children?

Phifer has a knack for atmosphere and suspense, I’ve never had real goosebumps before while reading a horror novel but this one did the trick. Though the story felt like it was following a familiar path, it did have a number of unexpected plot twists that kept me hanging on right until the bitter end.

4 thoughts on “Review: The Good Sisters by Helen Phifer”