War is coming…how much hell will Dorian Lake unleash when the gloves come off?

Saddled with both a new pupil and a bar to run, Dorian has to pick his battles carefully if he is to find his soul. When the Dark Choir bargains with Dorian in exchange for his loyalty, the power they offer may be too valuable to refuse…for a new menace threatens the hermetic order in America.

Members of the Presidium are being outed in the press, and the formidable cabal’s response is swift and brutal. But Dorian has no time to hide from the Presidium’s fury, as the new Deputy Mayor taps him to investigate a string of occult crimes. Dorian soon uncovers an ancient enemy of the Presidium, which threatens to plunge America into a lawless era not seen since the Dark Ages.

To sway Dorian to their cause, the Presidium gives him free rein to practice Netherwork. But even if the man without a soul can survive this conflict, if he can protect his friends and allies, if he can mean the difference between order and chaos… will this mandate save Dorian Lake from the schemes of the Dark Choir?

This is a book that needs to be read in sequence with the rest of the series (so fair warning!). In the first two books, Dorian Lake ends up losing his soul and is now on a quest to recover it, among the other disasters that keep cropping up along the way. Speaking of the series, how amazing are these covers?! (Click for reviews) 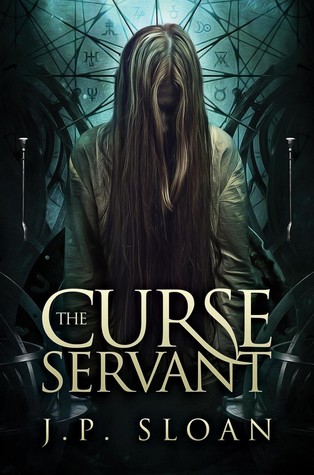 I do find these books to be hard work to read, they’re quite slow paced and a bit longer than entirely necessary but the plot and character development is rock solid.

Lake is balancing a tightrope between being karmically ‘good’ and ‘bad’ at this point, he’s having feelings all over the place and is trying to do right by his people with questionable success. It’s impossible to guess the direction the plot is going to take, which is what I find so enjoyable about this series – the world building is intense and the magic is based on very specific hermetic arts and rules, which is something I haven’t encountered on this level before.

This book weaves a few parallel storylines, a conspiracy, a family curse and the search for Dorian’s soul. The family curse storyline was prominent for the first half of the book and then disappeared into the background ready to appear in the next book in the series, which was a little dissatisfying. The series is essentially one very long book rather than self-contained instalments, which makes me think I should read the next book quickly before I forget what’s going on!

This series is original and refreshing in a genre that can be quite repetitive and trope-tastic. It’s perfect for fans of strong world building and political intrigue, and despite those two things not being the top of my list of things I need to enjoy an urban fantasy – it’s impossible not to enjoy the excellent writing style and appreciate Sloan’s magic touch (pun shamelessly intended).