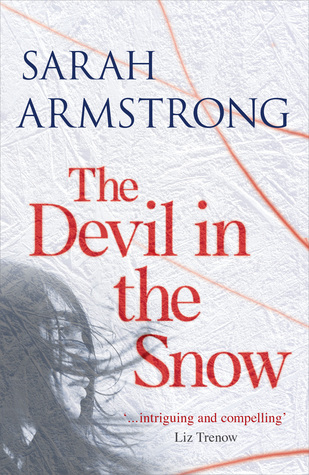 All Shona wants is a simple life with her young son, and to get free of Maynard, the ex who’s still living in the house. When her teenage daughter goes missing, she’s certain Maynard is the culprit. Her mother, Greta, is no help as she’s too obsessed with the devil. Her Uncle Jimmy is fresh out of prison and has never been entirely straight with her. Then there’s the shaman living in her shed. Shona soon discovers that the secrets she buried are as dangerous as the family curse haunting her mother.

I don’t think the synopsis does this book justice – I initially though that this was going to be a humourous book, and that’s the one thing that it was not! This book is very surreal at times and impossible to classify as a genre, but it’s definitely not a comedy.
This book is told from the perspective of Shona and her mother, Greta. It covers the history of the women in their family and the traditions and poor choices which seem to have been passed down through the generations.

I’m sure that a lot of the subtext in this book flew right over my head, I’m a very literal kind of reader and I could tell while I was reading this book that there were hidden meanings to things that I just wasn’t getting. It didn’t really affect my enjoyment, I don’t think, but I would be aware of this when you give this book a read.

My fascination with this book was held by the exploration of relationships between mothers and daughters, Shona has shitty relationships with both her mother and her daughter – she certainly hopes for a better one with her daughter but isn’t prepared to make the effort with her mother. It’s an interesting look at a lack of self-awareness within a family, they resent their mothers’ failed relationships with their fathers and then ignore all warnings to avoid making exactly the same mistakes – this is something that I can certainly relate to in my family, we have a long history of poor decision making and I’m trying to at the very least make different bad choices and crack out of the cycle.

The relationships between characters in this book were very authentic, a narrative of messy lives and how people try to make their best in a bad situation – even if they’re responsible for getting in the situation in the first place.

The beginning of the book was a little surreal and there were moments and characters that made little sense to me (why is there a teenage boy living in the shed?!), but the ending became somehow more grounded and tied up neatly. Well… everything apart from the last chapter.

Armstrong’s writing style is very much in the genre of literary fiction in my mind, adding more than a dash of poetry and subtext for you to dwell on as you go through the book. Her characters are believable and well developed, even though I can’t say I really liked a single one of them – which is a sign of a job well done on the author’s part!

My conclusion is that I would recommend this book to fans of literary fiction, looking for a profound look at the relationships between mothers and daughters rather than the suspenseful thriller I was expecting.

One thought on “Review: The Devil In The Snow by Sarah Armstrong”