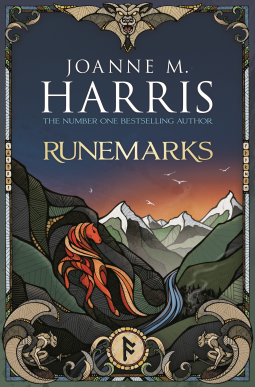 It’s been five hundred years since the end of the world and society has rebuilt itself anew. The old Norse gods are no longer revered. Their tales have been banned. Magic is outlawed, and a new religion – the Order – has taken its place.

In a remote valley in the north, fourteen-year-old Maddy Smith is shunned for the ruinmark on her hand – a sign associated with the Bad Old Days. But what the villagers don’t know is that Maddy has skills. According to One-Eye, the secretive Outlander who is Maddy’s only real friend, her ruinmark – or runemark, as he calls it – is a sign of Chaos blood, magical powers and gods know what else…

Now, as the Order moves further north, threatening all the Worlds with conquest and Cleansing, Maddy must finally learn the truth to some unanswered questions about herself, her parentage, and her powers.

From the bestselling author of CHOCOLAT and THE GOSPEL OF LOKI comes a fantastical tale of magic, adventure and Norse mythology.

I didn’t realise that this book has already been out for about a decade, with a multitude of beautiful covers! The best thing of all? The sequel is already available! 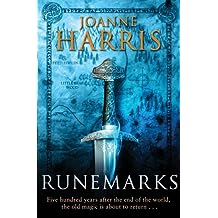 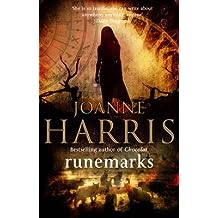 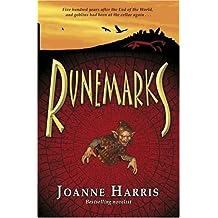 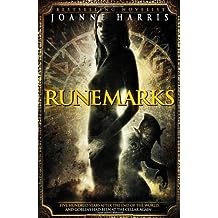 Funnily enough, it was the cover that immediately attracted me to this book (Joanne Harris authoring it was a damn close second) and I can honestly say that I would have been sucked into reading this book by any cover edition here – whoever’s responsible for Harris’ cover design: Bravo!

As you probably know by now, I’m not usually a fan of YA but I made exception for this book on the basis of the author, mythology and sexy cover. To be honest, the only thing that even makes this book a YA is the young protagonist and absence of swearing and sex.

Obviously, Harris wouldn’t let me down – so here’s a tough as nails female protagonist with NO ROMANTIC INTERESTS! Nope, Maddy’s too busy saving the worlds from being destroyed for any of that nonsense.

There’s nothing condescending about this book, it complements Norse mythology perfectly and encourages you to go pick up a copy of the Poetic Edda to fill in the gaps. True to the original Norse myths, this isn’t just a story of valour and other typical Gryffindorian traits but also plenty of trickery (well it does have Loki in it!), doublecrossing and manipulation – Maddy is only 14 and new to these kinds of games so she’s on a steep learning curve once she throws her lot in with the gods.

My favourite character in this book, unsurprisingly, was Loki. He really does get the short end of the stick in all things. It’s in his nature to cause mischief and everyone knows it but they still keep him around to help, then they get pissed off when he starts causing mischief. He’s a very self aware character and doesn’t try to act against his nature, but is resentful that everyone else wants to change or kill him (which is fair enough).
This story is very much character driven and you have no idea who to trust, but best of all – there’s very little ‘good’ and ‘evil’ in this book as we know it. Instead, it’s ‘chaos’ and ‘order’, neither of which are inherently good or evil, which is a take that I really enjoy and identify with.

Mythology fans of all ages will love this exceptionally well written book, I can imagine it making a wonderful book to read together as a family if you have teens (or are a teen with parents who should read better books).

Also, go on Pinterest and look up Loki and his children – I’ve been lost in a spiral of amazing fan art for the past hour, the internet really is the best thing ever.